This site provides an overview of what we are doing at Avonmouth and how to keep in touch with the project team.

The Avonmouth site neighbours an established industrial estate of warehouses and logistics buildings.  The site will be filled using Heavy Goods Vehicles (HGVs), however we do not expect this to have a significant impact on traffic in the surrounding Avonmouth area.

We have traffic management plans in place to ensure that our vehicles use major routes including the new M49 Junction in Avonmouth, resulting in minimal day-to-day impact on local roads.

The tanks will be emptied, checked and converted to be compatible with LPG and the latest technology. The tanks will then be refilled with LPG – providing a strategic store that can be topped up during the warmer months when LPG is traditionally manufactured and used to keep supplies going during the winter when it is most needed.

Bringing the facility back into use will provide a boost to the local economy, offering jobs to the neighbouring communities during conversion and the life of the terminal. The site has historically provided a base for training, developing and supporting highly-skilled engineering staff and we expect this to continue.

This is likely to create around 40 new jobs in the area, most of which will be specialist STEM jobs. Given the relatively remote location, it is likely that many of those who work at the site will live in the local (e.g. South Gloucestershire/Bristol) area.

We are currently recruiting a new Control and Instrument Manager for the Avonmouth Storage Facility. Find out more about this exciting opportunity here.

For off-gas grid homes and businesses, LPG is the lowest carbon conventional energy source that is readily available in the UK today.

One of LPG’s greatest strengths is its versatility, as it can be used for many applications such as domestic heating and cooking, commercial heat and power, industrial heating and portable uses.

The Avonmouth facility is also “bio-ready.” BioLPG is a renewable gas, made from sources such as waste, sewage and energy crops and is also chemically identical to LPG. BioLPG can be ‘dropped in’ to the existing LPG network.

By 2040, we endeavour to provide our customers with 100% renewable energy solutions. This in turn will help local people we supply to reduce their own carbon emissions and play their part in tackling climate change.

You can find out more about our decarbonisation ambition in our 2040 Vision.

The Avonmouth facility has operated safely for over 40 years and has previously stored a very similar product, liquefied natural gas (LNG).

Safety is a core value at Flogas and our SAFETY F1RST programme and rigorous safety management processes are in place to ensure our customers, colleagues and the wider public always stay protected.

LPG is a very safe product when stored and used correctly. We adhere to a strict standard of safety at all times including site security, safe systems of work, emergency procedures, workplace transport and waste management.

The majority of this equipment is no longer required and will be removed when the Avonmouth site is converted.

We plan to construct a gas pipeline into what will become the nation’s largest above ground LPG storage terminal. It is estimated that the pipeline will be completed in 2024. Starting at a new state of the art facility at Bristol port, the pipeline will largely follow existing routes through predominantly industrial areas to the Flogas Avonmouth storage facility.

Select and drag to view more

We have more than 35 years’ experience in providing reliable, affordable off-grid energy solutions to industrial, commercial and domestic customers across the UK, making us the true experts in energy. We employ more than 1,000 people at locations around the UK and have more depots than any other LPG supplier.

For over 35 years, the site has been home to a strategic gas storage facility ensuring that grid-connected consumers have a reliable, affordable supply of heat even in the coldest of winters.

In the early 1970s British Gas Corporation acquired the land from Imperial Chemical Industries (ICI) and began operating it from 1983. As the gas grid grew and the high pressure networks were extended deeper into the South West, the facility became less important. When supplies of natural gas started being delivered into Milford Haven in Wales, the facility became redundant for on-grid consumers and so it was closed down.

Flogas has since stepped in, acquired the site, and are repurposing it to give off-grid consumers the same reliable, affordable supply of heat. 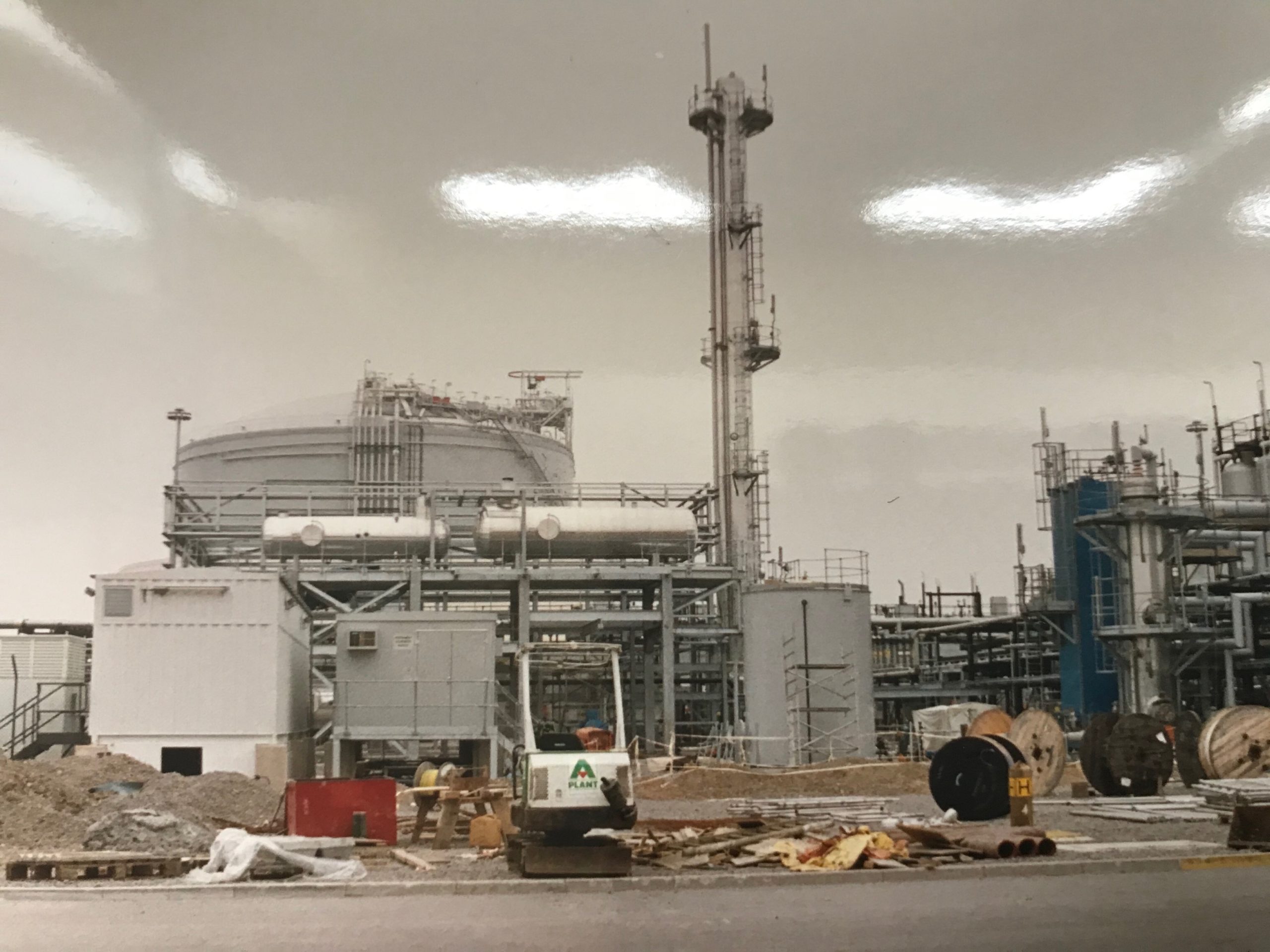 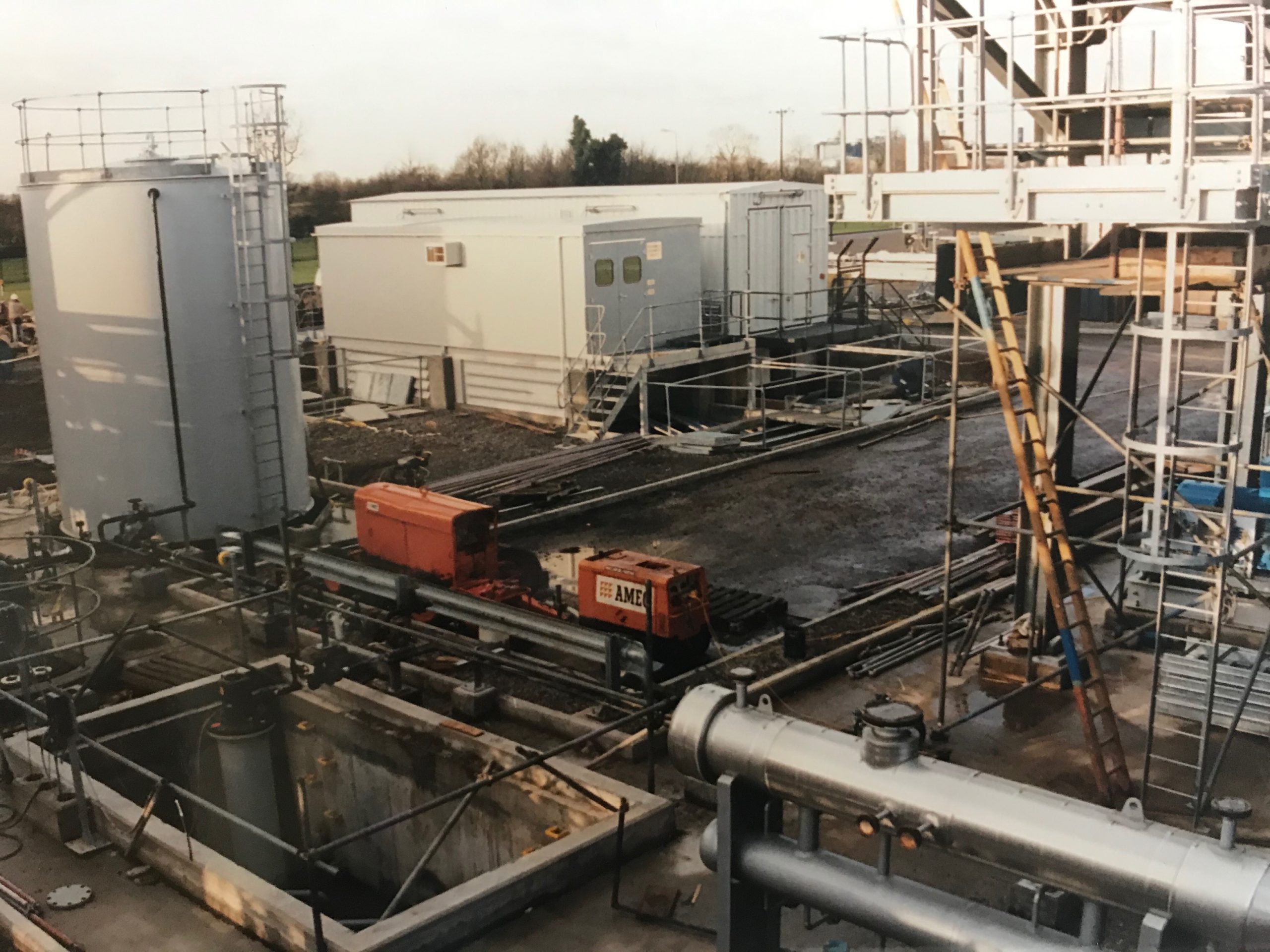 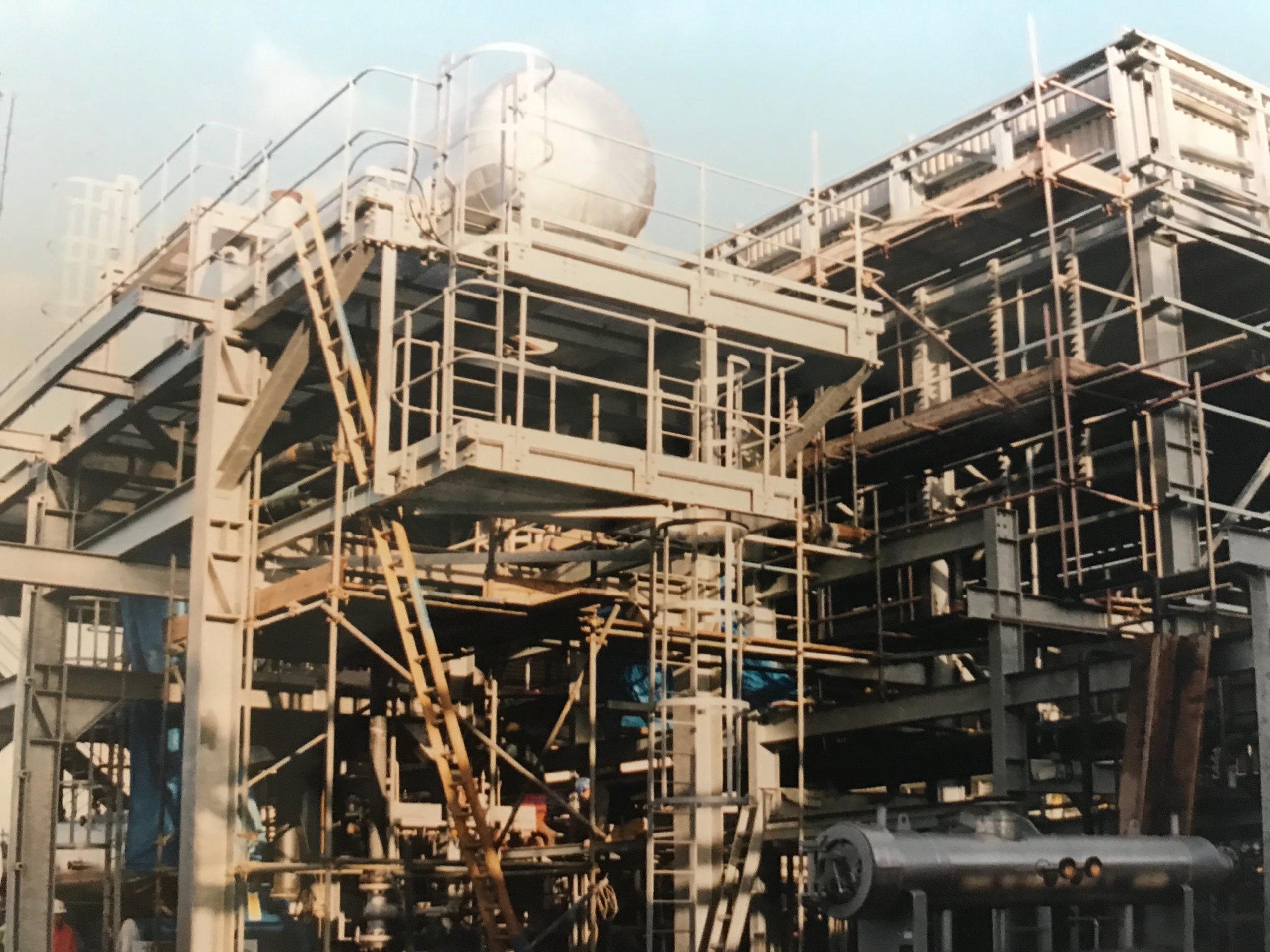 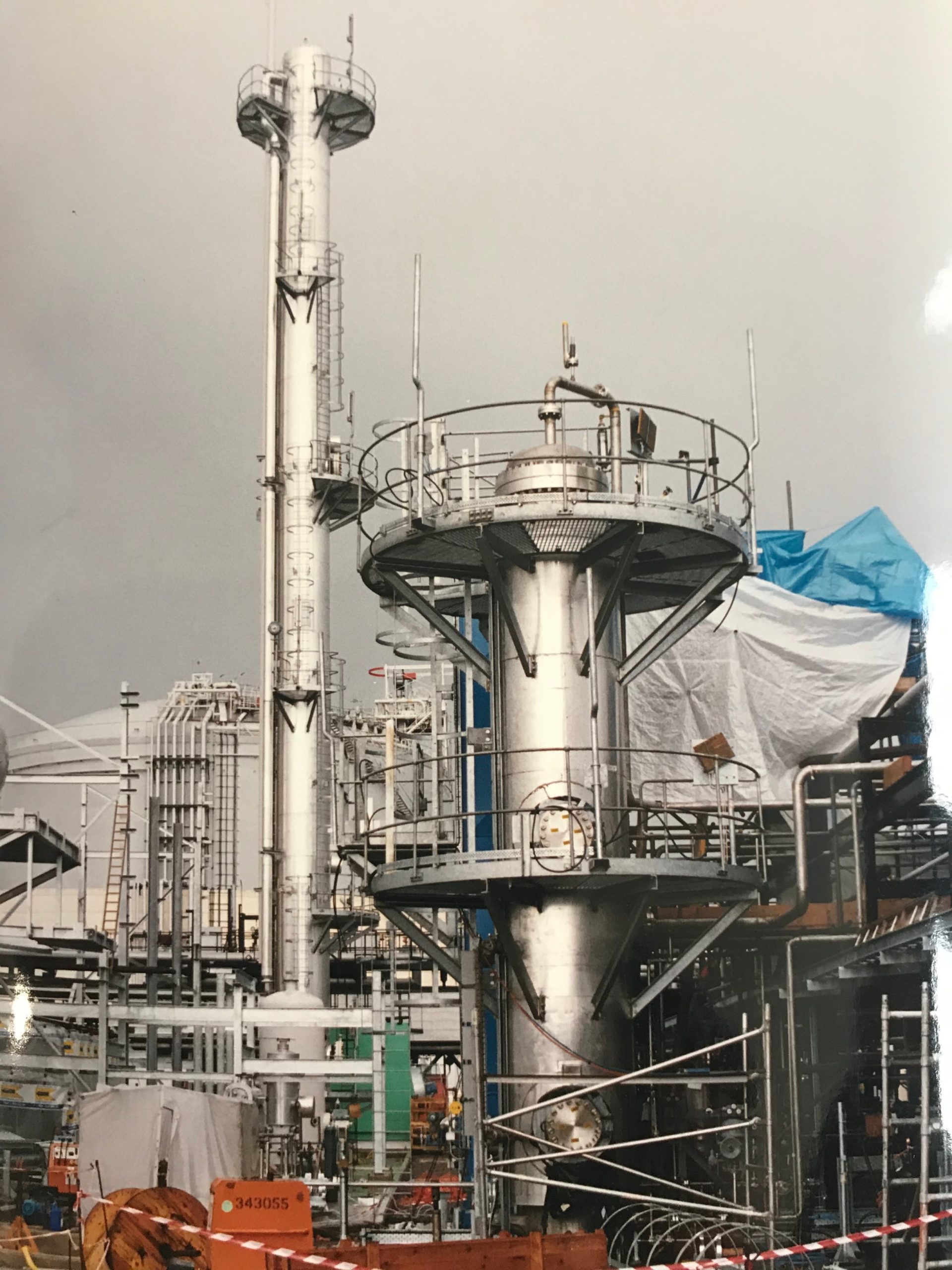 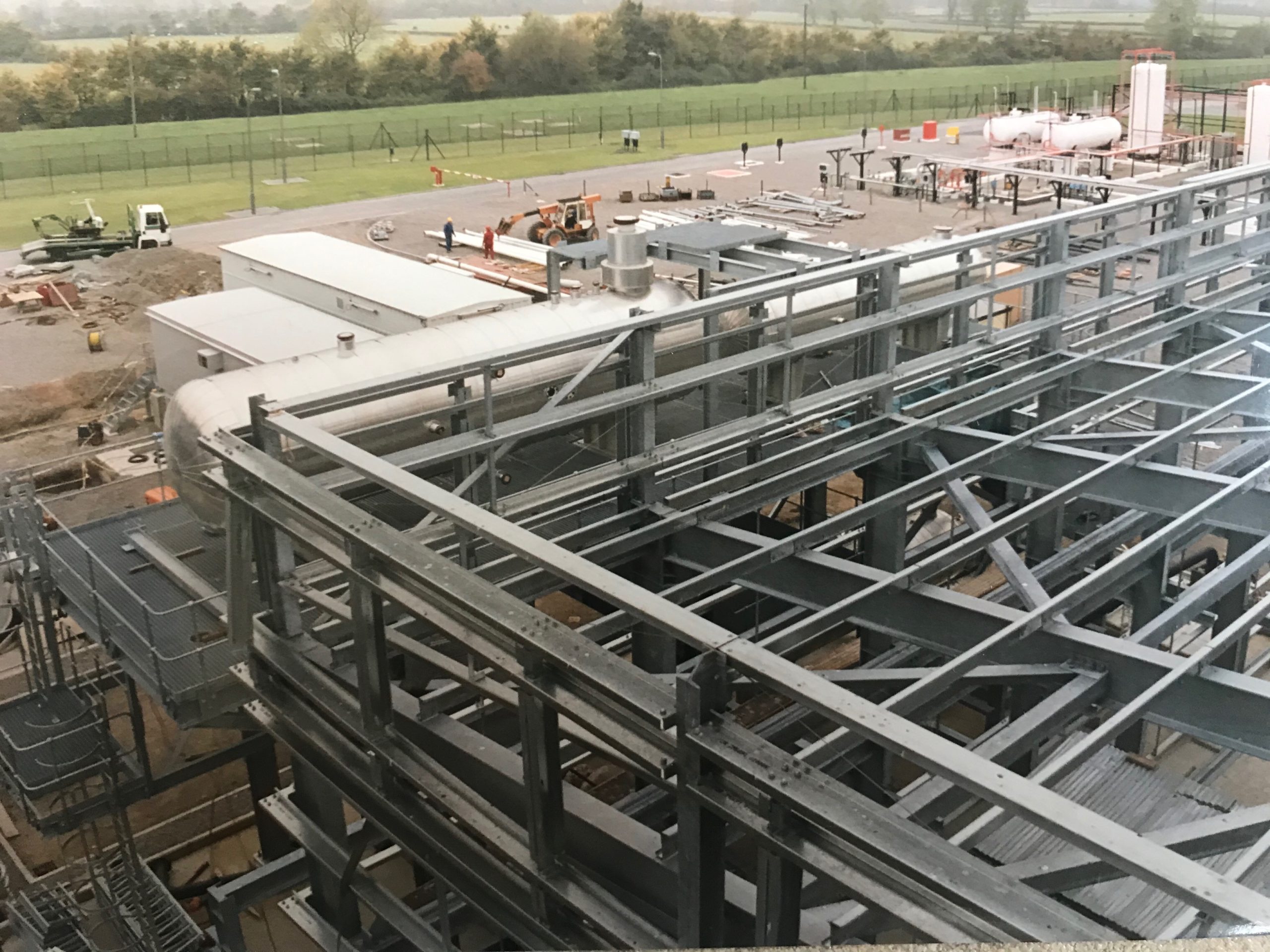 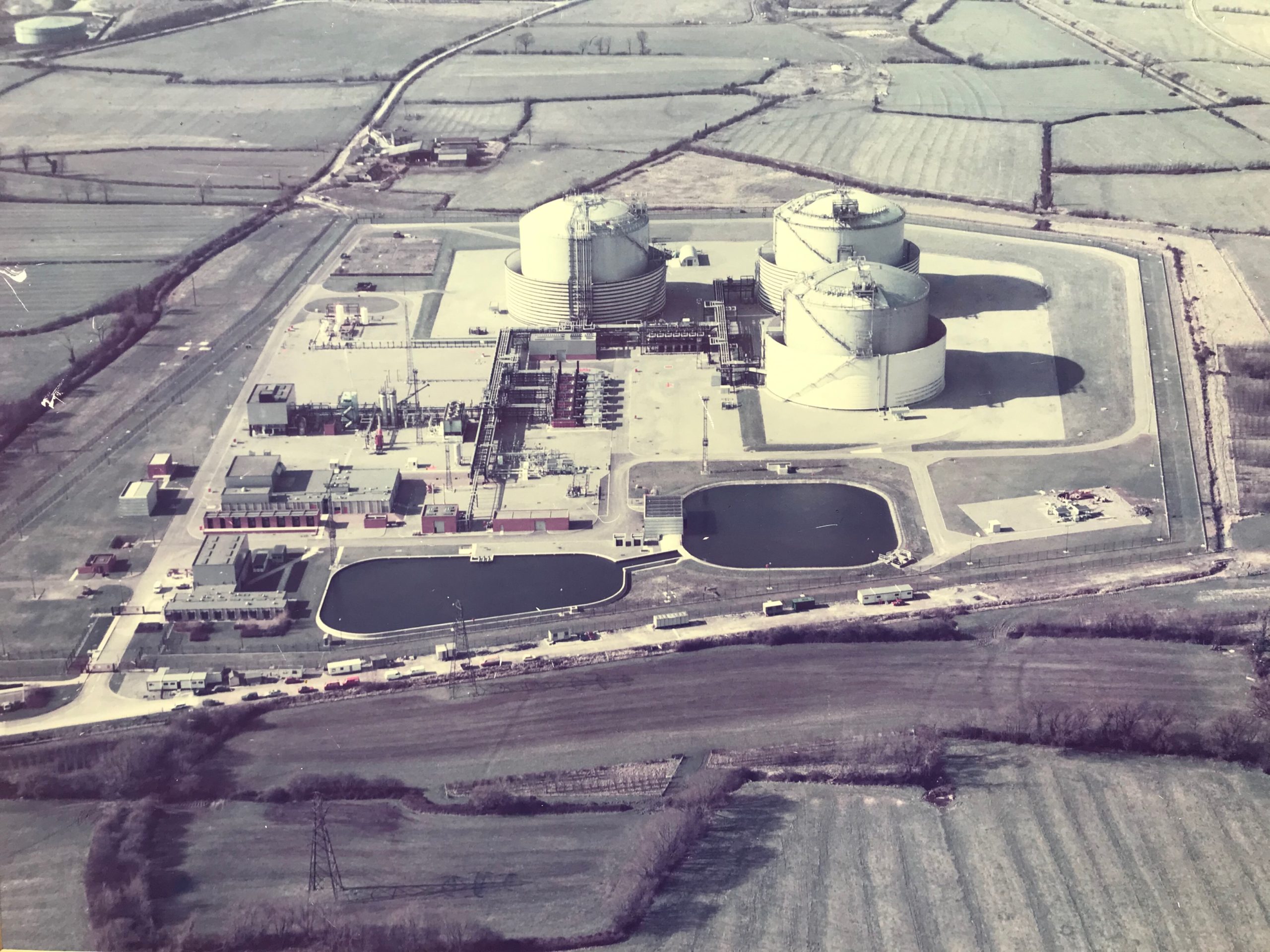 We are currently recruiting a new Control and Instrument Manager for the Avonmouth Storage Facility. Find out more about this exciting opportunity here.

This project represents a significant investment in the local and national economy, which will see support for local jobs and skills.

Bringing the facility back into use will provide a boost to the local economy, offering jobs to the neighbouring communities during conversion and the life of the terminal. The site has historically provided a base for training, developing and supporting highly-skilled engineering staff.

We’re hoping that this will create around 40 new jobs in the area, most of which will be specialist STEM jobs. Given the relatively remote location, it is likely that many of those who work at the site will live in the local (e.g. South Gloucestershire/Bristol) area.

The site will work closely with Flogas’ new training centre in Avonmouth. This will fulfil the training needs of our 1,000-strong workforce, whilst also attracting future recruits and apprentices. Its primary objective is to support the training needs of staff across all functions within the business, such as sales teams, operations and tech services.

Looking for opportunities to join the Flogas team elsewhere in the country? Click here to see our available roles across the business. 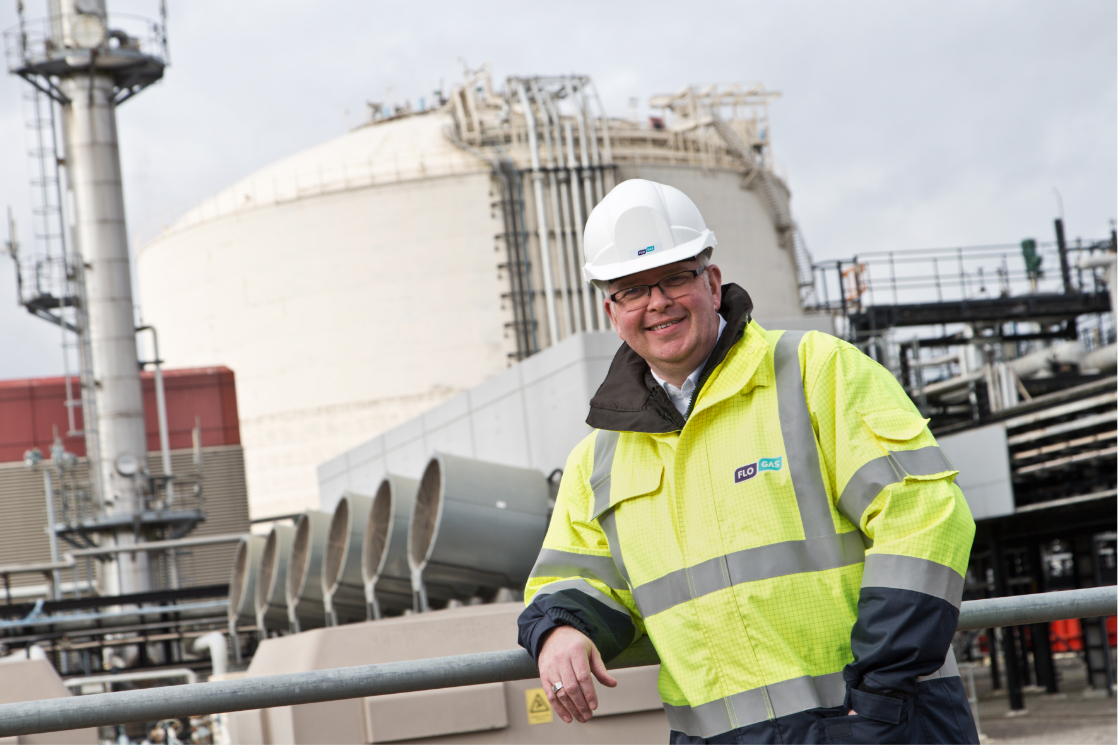 We take our green credentials very seriously and continuously work towards reducing our impact on the environment. We’ve been awarded the Carbon Trust Standard, which recognises our commitment to the planet.

For off-gas grid homes and businesses, LPG is the lowest carbon conventional energy source available in the UK today. One of LPG’s greatest strengths is its versatility, as it can be used for several applications such as domestic heating and cooking, commercial heat and power, industrial heating and portable uses.

The Avonmouth facility is also “bio-ready.” BioLPG is made from renewable sources and is chemically identical to LPG which means it can be “dropped-in” to an existing LPG network.

As a leading LPG supplier, we’re fully committed to building a lower carbon future for UK homes. We endeavour to supply customers with 100% renewable energy solutions by 2040 – so everyone can do their bit to tackle climate change.

The Avonmouth storage terminal will become the largest in the UK and will greatly increase our storage capability. It will provide security of supply to commercial and residential customers in the South West as well as across the UK.

Converting this facility to an LPG store will provide further strength towards our distribution network and provide our customers with an unrivalled UK LPG supply chain. This will improve our ability to provide enough LPG during periods of high demand including the winter months.

Our investment demonstrates our unwavering commitment to security of LPG supply and the LPG industry in general. 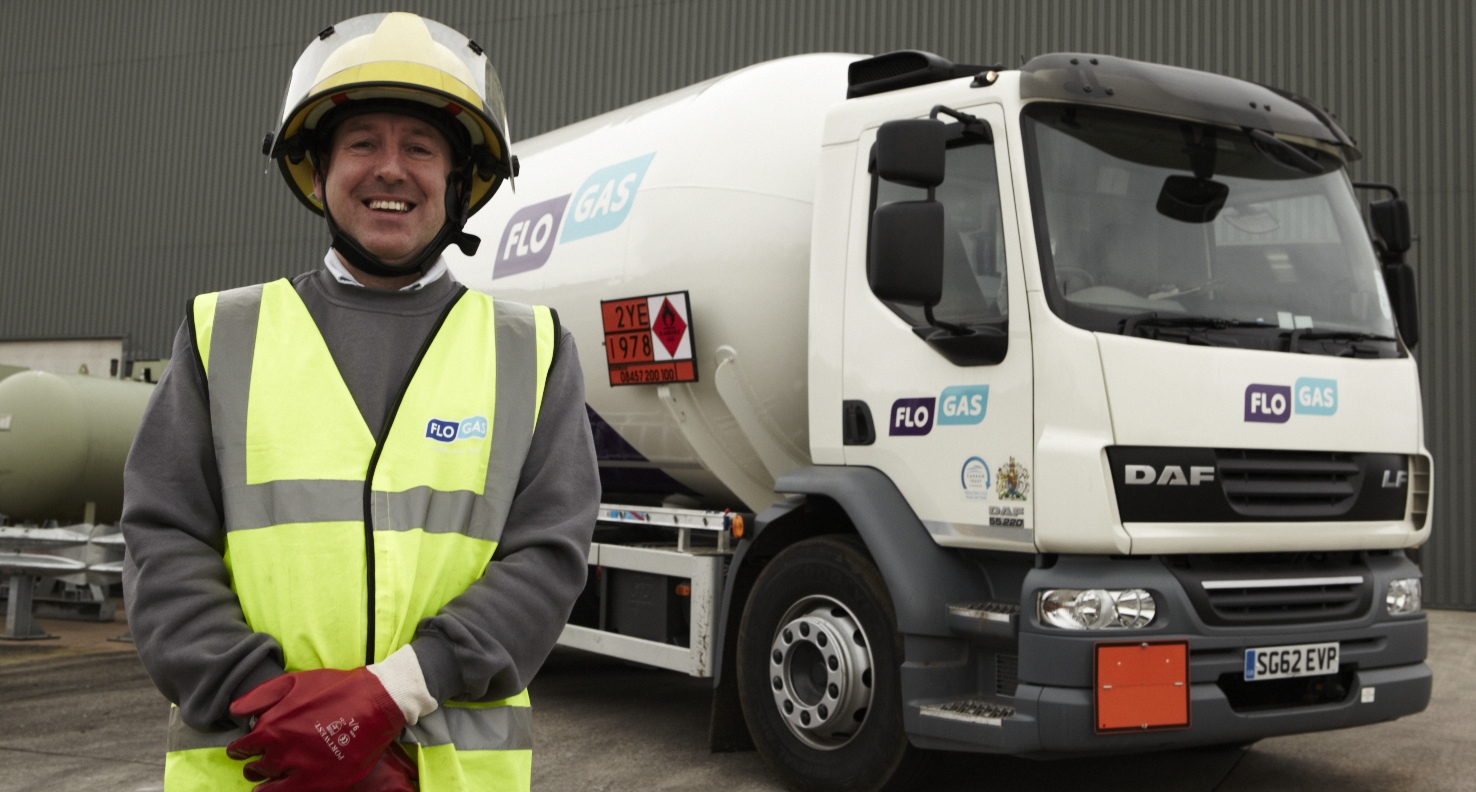 LPG is a blanket term for two types of natural gas (Propane and Butane) and is a natural by-product of gas and oil extraction (66%) and oil refining (34%). Although similar in chemical makeup, each gas is slightly different, making it suitable for different applications.

LPG is an exceptional and efficient energy source that would otherwise go to waste if not captured. In modern heating systems, LPG provides optimised performance and enables reductions in energy consumption.

What is LPG used for?

A great strength of LPG is its versatility. It is readily available and comes in handy cylinders or larger bulk tanks depending on the amount of space required. This makes it suitable for a vast range of different industries and applications — from leisure, hospitality, and agriculture, to industrial heating and manufacturing processes, and even steam generation. It can be used practically anywhere, including the most remote areas. For companies that own a fleet of vehicles or those that operate forklift trucks, LPG can also be used a cost effective, efficient fuel supply.

How does LPG compare to other fuels?

LPG also has an important role to play in delivering the Government’s net zero targets. It has the lowest carbon footprint of all off-grid fossil fuels emitting 20% less CO2e than oil and 30-40% less than coal. It offers valuable environmental benefits compared to more traditional fuels, as it emits virtually no black carbon and very low levels of other pollutants. It can therefore make a valuable contribution to improving local air quality.

BioLPG is chemically identical to LPG. However, it is made from biological sources such as waste, sewage and energy crops – meaning that it is fully renewable. BioLPG can be phased into an existing LPG network.